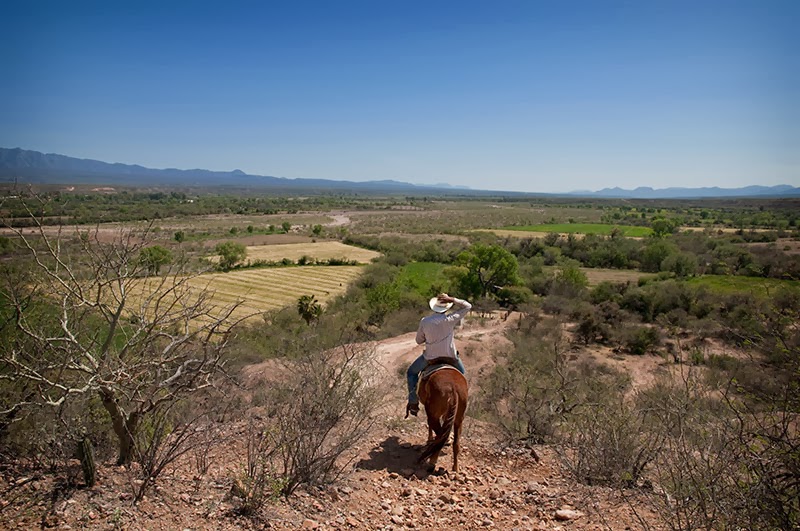 North and east of Hermosillo stretches frontier country proper: the mountains and prairies that best convey what life would have been like for Spanish settlers centuries ago. This area is best-known for its well- preserved Jesuit missions, many of which were established by Mexico’s famed missionary, Padre Eusebio Kino, and are compar- able in grandeur to those in Paraguay and Argentina. Dreamy time-warped colonial towns here also secrete beautiful architecture, thermal baths and interesting accommodations. You’ll need your own vehicle: public transportation is scarce.

Following Hwy 14 northwest from Hermosillo, it’s 80km up to mellow Ures with its shady Plaza Zaragoza and shops selling the Sonoran version of tequila, bacanora. After another 30km Hwy 118 branches north to reach Baviácora, with one of Sonora’s finest cathedrals, after 20km. Aconchi, 15km on, has wonderful thermal baths. A further 22km north is the laid-back colonial town of Banámichi where the nearby forests have excellent bird-watching.

La Posada de Río Sonora in Banámichi is a good base from which bird-watch, and which also provides meals and offers horseback riding.

The landscape becomes increasingly eroded with interesting rock formations as you near Arizpe, once capital of Nueva España’s Provincias Internas (including California, New Mexico and Texas) in the 18th and 19th centuries. You can loop back to Hermosillo via Magdalena de Kino. Padre Kino is buried in the town’s mission here, and Magdalena is a great base for visiting surrounding missions such as Pitiquito (with outstanding indigenous art on the walls) on the Caborca road, Tubutama and the dramatic ruins of Cocóspera.