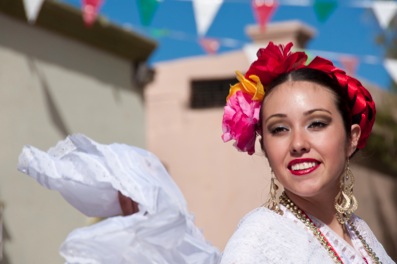 This region is studied by archaeologists and historians who continue to prehistoric relics, very large fossil bones indicate that in Sonora abundant forested areas that served as shelter and migratory passage of both people and species.

This land has given shelter to a number of European immigrants, Asian Americans, Indians and families from all over the world who sought to find a habitat similar to its provenance, is how they planted seeds of technological innovations in the field and the fruit , mining, livestock, industrial processes, iron forging, spinning and weaving, new tools to make war accessories and other groups whose work was in many peoples religion they professed. Sonora was established as an entity by Act of Congress Federal General October 13, 1830, but it was not until March 14, 1831 when it became effective and installed the first authorities.

When created as “entity”, Sonora and Sinaloa were joined in the call state of the West, formed in the year 1824 by the Federation Charter.

We are the result of the capitulations held in March 1637, between General Pedro de Perea and the viceroy of New Spain, Duke of Escalona.

The General Perea, before their raids and conquests, said the Spanish domination in this region he called the “Nueva Andalucía.”

The name Sonora was promoted to 1648.

A great adventure of missionary conquest took place in Sonora when prevailing ethnic groups professing other religious practices here were conducted awareness campaigns fabulous, long journeys on horseback and eminently rugged desert places, front struggles with foreign groups that engaged in plundering passers, moral and technical training and plenty to fincaron the foundations for change at regional levels, where entire villages were transformed under these expectations, all taught us Don Jesuit Father Eusebio Francisco Kino, with 40 expeditions along 24, leaving a legacy of works and widely recognized routes.

He was the founder and organizer of the upstate missions, such as Pima High, it is noteworthy that throughout its course countless churches built as part of his great legacy. Twenty-six years after the Consummation of the independence of Mexico, Sonora suffered the loss of a major part of its territory. When war broke out with the United States in 1847, lost more than 50 percent of their land, 109 000 574 square kilometers, in the “Treaty of La Mesilla”.

At the time of the Reformation, the State suffered another invasion in March 1865 of the French Army. The battle was fought in Alamos, why it is called “The Battle of Alamos”.

A Hermosillo groups also came French soldiers who were evicted in 1866. In general these battles stood out the Republicans Ignacio Fisheries, Jesús García Morales and Ángel Martínez.

Even at the time of the Revolution, Sonora out as the cradle of the Revolution for being the place where stood the first labor movement Cananea strike in 1906, later inspiring the Rio Blanco strike in the state of Veracruz and then armed struggle in 1910, when the Mexican Revolution began.

From the same year, four Sonorans held the Presidency of the Republic: Adolfo de la Huerta in 1920, Alvaro Obregon in the same year in 1924 Calles and Abelardo L. Rodriguez in 1932.

Sonora’s history is full of highly relevant chapters that speak of a people rich in tradition, effort and perseverance to overcome the natural challenges.

Our state has been the inspiration for many authors music, hymns, and has also led the development of groups “northerners” whose identity is unique for their talents and types of music.

Today, Sonora noted for its modernity and to combat adverse weather with resounding success.

Enchants visitors with its many tourist areas, the hospitality of its people, cuisine and history traces prevailing in buildings, petroglyphs, fossils and indigenous traditions turning this land into a magical place.